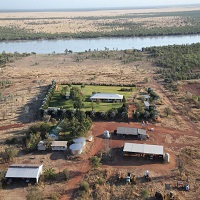 This is only the second time I have commented on the passing of a great man. The first was Bud Williams. In many ways John Dunnicliff was in the same unique class.

I have been reflecting on the lessons I have learned from John.

The first is keep it simple. If a subject couldn’t be reduced to a few succinct sentences or calculated on the back of an envelope, it was overcomplicated. It’s not that John did not understand the complicated, but he had a great knack of distilling things down to its very essence.

The second was, once you understand the essence and the numbers stack up on the back of an envelope, then get on and do it. John and his family never shirked the hard work that follows when you decide to act on something.

Thirdly, when you know what is right for you and your family, it doesn’t matter what anyone else thinks. The great majority of people are easily persuaded by “group think” and peer pressure, which is frequently out of date.

Fourthly, don’t be afraid to do something that has never been done before! One of John’s greatest legacies is the transformation of the Beetaloo aggregation into a far more productive asset. I know of no other person who would have had the drive, knowledge, understanding, ability, passion and sheer guts to implement such a wonderful, industry leading project. John was the leader but it would not have happened without the unending commitment of Trish, Jane and Scotty.

Fifthly, maintain your focus. John epitomised someone who always focused on what he wanted, not on what he didn’t want. That focus was not only on his business but also on his family, immediate and extended.

Finally, despite his talents and successes, John remained humble, open minded, always willing to learn and test new ideas and available to talk to anyone.

John Dunnicliff is a great loss to Australian agriculture, as there are few leaders of his ilk. My sympathies go to Trish, Jane, Emma and Kate, the boys and the grandchildren. Long may you continue his legacy.