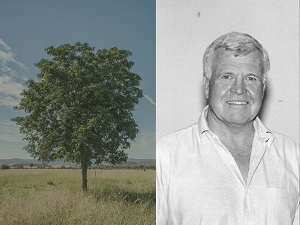 Note from Hazel Parsons this morning

Stan passed away today, July 15 2020.  It was pneumonia, helped along by COVID I guess.  The hard part was not being allowed to be with him in his last days, although I did visit him a few times through his window and he knew I was there.  But I was not allowed into the building.

Stan spent the last year or so of his life locked away in a retirement village in Natal, with dementia. Dementia and his passing signals the closing chapter in the life of one of the greatest minds and influencers modern agriculture has seen. I have said many times that the world owes Stan Parsons and Allan Savory, a debt of gratitude for the legacy that their combined intellects have left agriculture and the world. 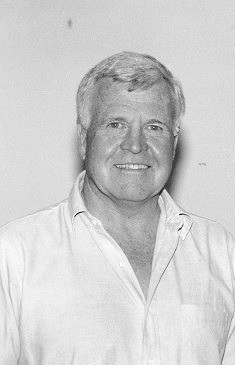 I had the privilege of first meeting Stan on his first visit to Australia in April 1989. Within a year we were partnering in the launch of the “Grazing for Profit” dynasty in Australia. That legacy alone has seen over 7,000 people complete the course and countless more influenced by his teachings. He would be impressed to see the surge in interest in regenerative agriculture globally today. He would be proud to know that he was a pioneer in that space decades before the current crop of Gurus, having started down that path in the early 1970s.

Stan comes from a farming background in Rhodesia and did his undergraduate degree in South Africa where he graduated with first-class Honours. He went immediately into a PhD on reproductive physiology in sheep. His father foresaw the collapse of Rhodesia/Zimbabwe and told Stan the only thing he would be able to take away would be a first-class education. After completing his PhD, he studied agricultural economics at Purdue University in the USA, where he gained a Masters Degree. His first job was teaching agricultural economics at the University in Harare. From there he joined forces with Allan Savory around 1970 and the rest, as they say, is history.

Stan is the most impressive teacher I have ever seen. His ability to distil complex issues into profound simplicities and principles, his ability to explain them in a captivating and motivating manner, his ability to stand on his head during a class and his commanding voice and accent, will be memories which those of us who were taught by him, will carry with us for life. He would be proud to know that about 20% of all graduates of GFP today, are second generation and the third generation has also started to enrol.

Stan’s legacy will continue through the influence of RCS in Australia and Ranch Management consultants in the US, for generations to come. Few people can claim to send ripples of their knowledge and wisdom through many generations of graziers past, present and future, on at least three continents. Stan was one of those few.