RCS has been providing expert witnesses in a variety of matters for over twenty years.

Investigate Carrying Capacity of Property Involved in Contested Will
Investigate and report as an expert, on the carrying capacity of two properties which were involved in a contested will. 2005

Investigated Impact of Wild Fire Caused by Powerlines on Several Properties
Assessed and reported on damages to four properties in the Goomeri district due to a wild fire caused by powerlines. The expert report was used by the loss adjustor to settle the claims. 2004

Investigate Effect on Two Independent Businesses from Railway Construction
Investigate and Report on interruption to business and the effect on property operations from the construction and ongoing operation of the Northern Railway for two independent businesses. Action was taken to the Supreme Court, Darwin. 2001

Investigate Production Loss of Buffalo Herd due to Gates Left Open During Construction of a Gas Pipeline
Investigate and report on the loss of production in a Buffalo herd due to interruption of business and loss of livestock due to gates being left open during the construction of a gas pipeline. Report was for the Australian Commercial Disputes centre in Sydney. Assisted Sir Lawrence Street in the mediation. 1990

Report on Implications of Fire Started by a Locomotive
Assess, in association with an employee, the damages caused to immediate and long term production and costs, by a fire started by a locomotive. The expert report was used to help settle a case against Queensland Rail. 1999

Report on Lost Production and Cost of Interruption because of Coal Mining Companies
Investigate and report on the loss of production and cost of interruption to two grazing businesses (“Ganadero” and “Memeloo”) involved in a dispute with coal mining companies. Appeared before the mining Warden and Magistrates Court on several occasions as an expert witness.

Sharefarming Dispute, Sugar and Banana Farm
RCS was requested to assess the impact of alleged poor farming practices of a sharefarmer. The study required an examination of yields, prices and quality factors for the two crops over a five year period. Additionally, a comparison of sharefarm costs of production was made with those from our in-house data base records.

Failure of a Crayfish Farm
RCS was instructed by solicitors to conduct an independent investigation into the failing of a crayfish farm venture. It was claimed by the plaintiff that the reason for failure was that the earth dams had been constructed incorrectly. The report necessitated an understanding of the general biology of the crayfish and the importance and requirements for effective farm management. An assessment of the claims made for loss of profits was also provided based on the economics and marketing environment of redclaw crayfish.

Failure to Deliver Machinery
RCS instructed to prepare an independent report regarding the loss of harvested seed from a Rhodes Grass crop. The loss was a result of a delay in harvesting following the late delivery of a piece of drying equipment. The report necessitated an outline of the requirements and importance of drying seed following harvesting, the factors affecting seed crop yield and estimation of yields which could reasonably be expected.

Dispute over Water Rights, Dairy
A dairy farmer whose income was solely dependent on irrigation, required an assessment of the losses due an inability to maintain pasture growth resulting in a reduction of water allocation. An assessment was made of the growth potential of pasture under differing water allocations. Alternative feed supplement scenarios were modelled and agistment for dry and store cattle assessed.

Dispute over Water Rights, Sugar
An assessment was made of the costs to a private irrigation scheme versus the public scheme. The economies of scale in sugar growing were assessed for the region.

Dispute over Fertiliser Handling
The market for a foliar fertiliser was assessed to assess the losses to a company due to incorrect handling and marketing of the product. The market was defined by crop type and an assessment of reasonable marketshare growth was made.

Citrus Rental Dispute
Engaged to provide an independent assessment of the income and profit from one of Australia’s largest citrus properties. The report required, prepared the owner and manager of the operation, reviewed, by block, the yields and determined a fair income-based valuation for the property and apportioned an appropriate rental based on that valuation.

Soybean Loss Assessment
A report was prepared regarding the losses arising from insect infestation of a soybean crop. The basis of the dispute was the ineffectiveness of insect control sprays. A brief assessment of the working environment for soybean production in the district, and an outline of the expected costs and yields associated with a crop of the scale grown by the plaintiff and the subsequent quantification of losses sustained by the grower were all determined.

Dispute over Property Information
RCS provided an independent report concerning the alleged misrepresentation of a property’s productivity. Specifically the following issues were addressed: the acreage of land under cultivation, the crop yield of the land, stock numbers, fertility of the stock, animal husbandry practices, carrying capacity of the property, and the consequential losses flowing from poor production and reduced stock numbers.

Incorrect Seed Supply
RCS was requested to determine the quantum of loss incurred as a result of the supply of an incorrect seed variety. This involved determining the variety and type of water melon actually supplied and an assessment of the affects of growing the wrong variety in respect to crop maturity, crop yields, internal and external appearance, size and shape, disease resistance and marketability.

Fire Claim, Grazing
An independent report was prepared on the impact of a fire on the management and grazing plans of the property owner. An assessment of the usual property management regime, giving due consideration to the location, infrastructure and vegetation was provided. Quantification of economic losses were derived in the areas of pasture loss, fencing damage, labour requirements and loss of stock.

Property Division Dispute, Cattle
A north Queensland pastoral property was split between two partners for ease of operation east-west, while titles ran north-south. A dispute to carry through subdivision along the previously agreed east-west line necessitated an assessment of the losses to one of the parties through pasture improvement, fencing and yards and general management.

Losses due to Cattle Quarantine
An assessment of losses due to an alleged illegal quarantining of an entire herd required extensive herd modelling to determine the difference between the two scenarios. Herd biology, was an important factor in determining the extent of quantum.

Professional Negligence Claim
A report was prepared on certain aspects of a professional negligence claim arising our of the downgrading of a horticultural crop due to insect damage. Assessment was made of the spray program recommended by the consultant whilst determination of the most likely cause for the insect infestation was also evaluated.  Economic losses sustained due to the downgrading of the crop were also calculated.

Personal Injury Claim, Mango Farm
This case involved an injury claim of a semi-retired pensioner who operated a relatively small mango operation. Solicitors required an evaluation of the labour requirements for the schedule of activities undertaken on a farm of this size. The additional labour costs required to operate the mango farm were also determined.

Personal Injury Claim, Tomato Farm
This necessitated the supply of an independent evaluation for a personal injury claim. The claim involved a tomato farmer whose working ability had been reduced as a result of a motor vehicle accident. The project’s objectives were to determine the extent to which the injured person could be reasonably expected to employ alternative labour to carry out the work which he claims he was unable to attend to as a result of his injuries.  This necessitated an evaluation of the skill and time requirements for the schedule of activities undertaken on the farm. A quantification of costs involved in employing alternative labour was also provided.

Personal Injury Claim, Early Stonefruit, Melons
An assessment of the losses accruing to a farmer who, as a result of an accident was unable to manage his orchard in the normal manner. The report identified the areas of land suitable for cropping and pasture, the likely yields of the tree crops under normal circumstances and the resulting losses due to inability to manage the property at full capacity.

Personal Injury Claim, Bananas
A banana farmer who suffered a motor vehicle accident was unable to carry out his normal practices. The extent of labour substitution, management supervision and alternative resources needed to maintain the crop were assessed. An assessment was made of market price cycles in the industry and risks associated with the crop, in particular cyclones, to derive a most likely future income stream.

Personal Injury Claim, Sugar
A sugar farmer, involved in a motor vehicle accident, alleged an inability to operate the farm in the manner prior to the accident. Our databases in the sugar industry enabled a fast and accurate assessment of the current situation to assess the extent of losses. 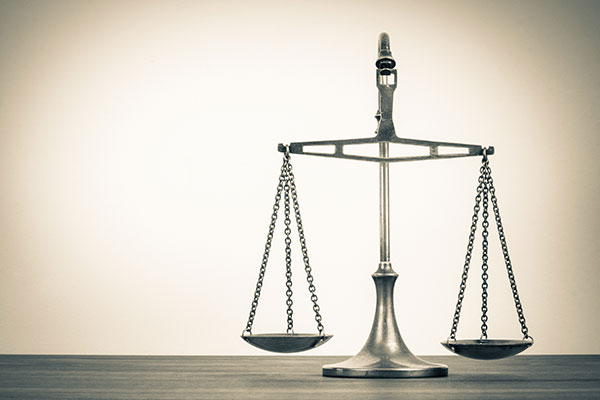