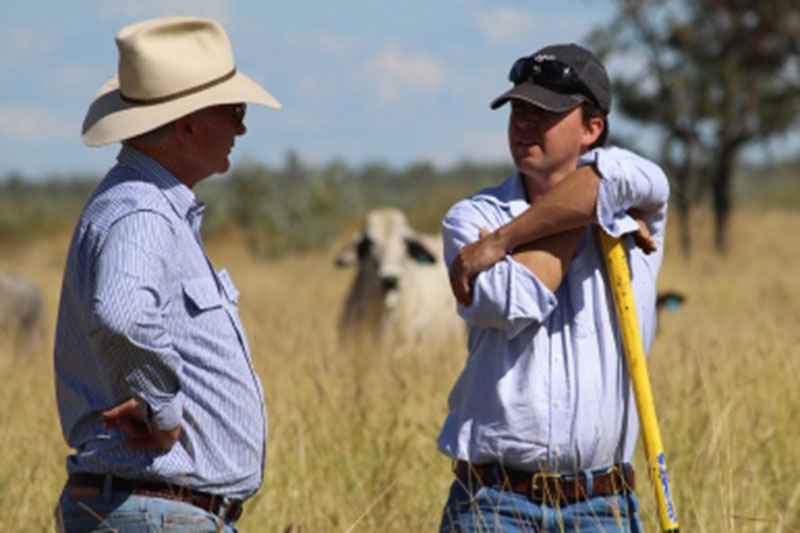 In an El Nino year, the words of Kenny Rogers “The Gambler”, are worth putting in the context of a livestock business.

Most people are having quite a poor summer. Even though we are now at the beginning of February and there is still a possibility of some good rain between now and the end of the growing season, we know that the growing season is already short. What that means for nutrition is that we’re likely to end up with less quantity of feed. However, in these years when rain stops and starts during the growing season, you end up with much better quality feed than you would normally get in a big wet season. So what do we do with that?

Let’s assume that we are going to have good quality or better than normal quality of feed this year but lower quantity than we would hope.

What are some of the strategies that we need to consider:

Assuming that there will be some showers over the next 2 months, weaned cows are going to pick up very quickly and they’ll be back in good condition to calve at the end of this year regardless of the fact that you might have had a smaller season. They’ll be on pretty good quality feed and that will also help them pick up condition quite quickly and maintain condition better than they normally would through the dry season.

If you’ve had a poor spring then you’ve got very little feed and perhaps poor quality as well. There’s not a lot you can do in those circumstances except wean and de-stock and match the stocking rate to the feed that you have available. The alternative is to gamble with substitute feeding. As Kenny Rogers says “You’ve got to know when to hold ‘em, and know when to fold (sell) ‘em”.

But there are people that have had a good spring and you may have a bulk of poor quality dry feed in mid summer. This is an energy source which must be put through the animals. The best way to achieve that is to feed a urea supplement. Urea supplementation will stimulate dry matter intake and start using a lot of that old feed. It will also pick up animal production and start getting the old grass back on the ground in terms of dung and urine and start opening the plants up for a much-awaited autumn break. Follow the recipe and the rules in the McCosker Brew to achieve this outcome.

RCS Team @RCS_team
Tuesday, August 4th, 2020 at 7:11am
The RegenNarration podcast recently interviewed Dr Terry McCosker. In this wide-ranging and open conversation, you'll hear a side of Terry you may never have before.

0
1
RCS Team @RCS_team
Friday, May 29th, 2020 at 6:00am
‘If we’ve got our management right and our country healthy, we can be last into drought and first out.’
For more on Project Pioneer, visit https://t.co/L8ntUrP85D
@GBRFoundation @envirogov #ReefTrust #LoveTheReef #ProjectPioneer https://t.co/bD4BLoXwCQ
View on Twitter